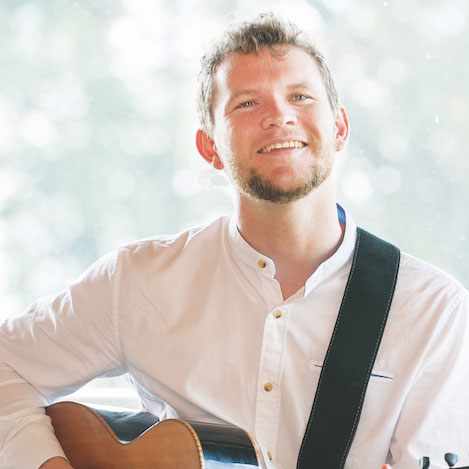 The audience were apprehensive. Load shedding threatened and the power had tripped numerous times. Tension mounted for the young guitarist whose only prayer was to cover his costs for the evening.

Suddenly, waves of high volume, high definition jazz erupted on a full house at Kloof’s Open Strings as Seb Goldswain and his band ripped through the title track of his debut album Pictures of a Thousand Words. Solos of amazing dexterity and sensitivity captivated the crowd of familiar and new faces. Seb’s quest to produce music “engineered for joy” had been realised.

Introduced to the guitar while studying music at Kearsney College, Seb later gravitated towards the electric and steel string acoustic version of the instrument. Believing that nothing could capture the human spirit like a melody can, while mixing and meeting professional musicians at Kearsney, he was prompted into considering music as a career.

“I stopped short,” explained Goldswain, “believing only those who reached the very top could make money out of music. This, however, changed drastically in 2008 when, as a Kearsney choir member, I was fortunate to compete in the World Choir Games in Graz, Austria. I was exposed to thousands of professional musicians who made a good living doing the coolest job in the world – making music.”

Already inspired by Tchaikovsky, Igor Stravinsky and Led Zeppelin, Seb added UKZN guitar and theory lecturer, Demi Fernandez and Neil Gonsalves, his improvisation and history lecturer, to the list. “I can’t even begin to express how important and profound these two men were in shaping me as a person, composer and guitarist when studying for my BPracMus Degree,” he said.

These good influences and his aptitude for prolonged, intense study when working on his compositions have contributed to the magnificence of this debut album. Believing that the album format has been overshadowed by the radio single or the five-track EP, the composition was created with the intention of reviving the long listening experience.

The overwhelming publicity generated by the album won Seb the invitation to open for George Ezra’s SA tour last August. Many audio stores have been playing the album when demonstrating their equipment. “The public are also taking me more seriously as an artist,” he stated.

While performing regularly in the States and Europe is certainly on the agenda, unlike many rising artists who hastily flee KZN’s somewhat docile arts scene for more lucrative pastures, this promising star isn’t ready to exit what he describes as “one of the most beautiful places in the world” just yet.

In between making the most of the gaps left by those who have sought greener pastures, Seb regards passing on his skills teaching the younger generation at Kearsney a joyful obligation. “I love seeing a passion for the instrument igniting their eyes,” he said.

Grateful to be blessed in earning enough by practicing the job of his dreams, Seb considered it a great honour to play at a concert to raise funds for Queensburgh Cheshire Home. Conscious of his obligation to honour God in whatever he does, he made an excellent job of performing and co-producing a praise and worship CD for Hillcrest Baptist Church.

Ardent fans shouldn’t feel left out of the equation either. Instead, an expectant audience should ensure their seats for the release of Sebastian Goldswain’s 2017 solo acoustic CD. See you there! *